What happens when social media really takes off. 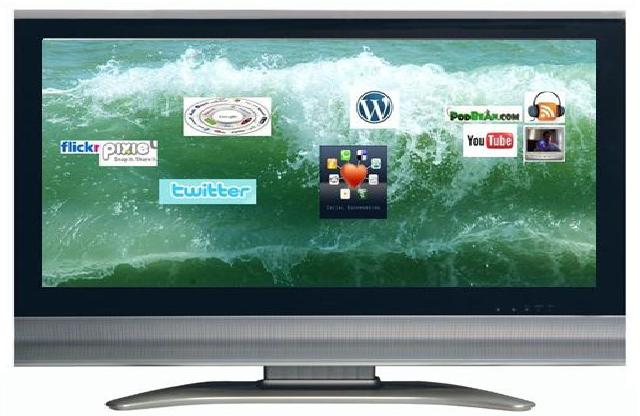 I am surprised that the launch of Microsofts Kinect, the long expected arrival of internet TVs by year end and the never ending expansion of cloud based services has not generated more debate about the potential impact on PR and social media.

In the not too distant future instead of the collection of different remote controls, DVD/VHS players, games consoles and related bits you will eventually have a very large screen with a built in sensor that can pick up and interpret your movements.  This will all be connect to a ultra fast broadband connection which pulls down the different services you are looking for from entertainment channels, social media platforms, your photos, home videos and music collection.  The lines we draw between different media, storage and internet access will become completely blurred.  Instead  of thinking PC for internet access, TV for news and programmes, stereo and radio for music we will consume it all through one screen.  For alot of people this is already a reality as they access TV via RTE’s iPlayer on their PCs or laptop.  We will probably spend more money on sound systems and bigger screens as ultra fast broadband via fibre becomes more of a commodity.

All of this sounds wonderful and not too futuristic but it has seriouly implications for the PR industry.

Picture this.  You will be sitting on your sofa, to change a channel, increase the volume you merely waving your hands.   You are watching the 9 O’Clock news or PrimeTime and see something about company.  You wave your hand another direction and your collection of social media appears along with a virtual key board.  As the piece is still running on split screens you visit the company website for more information.  You also decide to check out their facebook page and decide that what was reported is worthy of posting a comment or you just check what others are saying.  You go to the personal sites of the spokesperson via LinkedIn or another to see how credible they are.  You tweet your comments on what is being covered with your own personal networks and make judgement calls on it.  If it particularly irked you, you DM friends and organise for a coordinated response to the company.  DMs will naturally switch to video chatter where you see the people in your network and the debate leaves a less trackable footprint.  Parodies of the crisis/spokespeople performance will appear instantly as people create their own mocking content.  The phone number pops up in the company search and you call the organisation to register your view point – all from your couch.  Finally you organise a flash mob to appear at the company or outlet to register a protest, video record it and upload to keep the debate going.

A lot of this all happens at the moment.  Anyone checking out twitter at the weekend will see lots of comments by people about whats on TV and radio.  This ranges from mere obervational to wide ranging debates.  At the moment this is a trickle as you need to have a reasonable smart phone, be working on your PC or feel motivated enough to go online.  Once people have access to all of these on one ease to navigate screen its set to explode.

Most companies have a reasonable feel for the increased importance of social media and have started down the line of building a social media strategy.  This will move it from a nice to do to a must have.  Here are some of the changes I can see.

None of this is massively different from what PR companies are faced with every day but the scale, speed and timing are very different.  9-5 just wont work and ill thought comments will spread much faster and to wider communities.  At the moment this is contained due to technological barriers, once these disappear a regular tidal waves will appear.  Consider the difference between 20-30 tweets from a few influentials which can network out to a few thousand via retweets versus the 600,000 people who view PrimeTime.  How well resourced would an Irish or international company be to that larger figure but also a much broader profile.  Some Irish companies I have spoken to can be dismissive of what they view as a small Irish Twitter community while they are consignant of the impact of high profile programmes.  Merge the two with sufficent numbers and you enter a whole new arena.

Of course its not all bad and with all this come huge opportunities but the the reality is its not that far away.

PS: Since writing this I stumbled across this interesting report by emarketer on social TV trends amongst different demographics.

Very good post.
Yeah there is a lot changing but it could be for the best.
Maybe this could lead to some job opportunities also . . .

I wonder if the era of 24 hour social media work is coming at us! All good stuff ahead once we are prepared for it