Will Data Kill the PR Star. 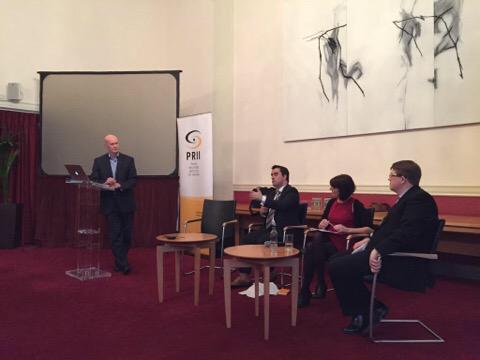 Last week I chaired a low key session with the PRII on the topic of Data Driven Journalism that ended on a more positive note than I had expected.  Some very pragmatic pointers from the session and although its not quite revolution it’s a trend that is sure to continue, at an accelerated speed.

Data analysis has always been a key driver in the media but in 2009 when the Washington Post let award winning journalist Dan Froomkin go, supposedly because of low website views, I often think that the die was cast for its future central role.

Since then we have seen an incredible explosion in the amount of data being shared.  We have witnessed articles written by algorithms and algorithms that decide what news we get to see and don’t.  It was only time before these started to impact on the PR/Journalist relationship.

In one way data and data crunching is nothing new to the PR industry.  We became experts in the survey release, punchy statistics and more recently generating eye catching infographics.  Whats different is the speed, volume, scale, availability of open data and the variety of tools that are available which brings up important areas like skillsets and training for the industry.

When you gloomily look at this area logic would say we are also not far from PR pitches being potentially decided by data crunching algorithms – based on past and projected viewership, which is a scary prospect.

The three speakers on day gave a really deep dive in their allocated 10 minutes so I have tried to capture some of what they covered.  The speakers were:

Cyril Moloney, a Senior Account Director at PSG Plus specialising in online and tech PR.

Pamela Duncan, who is one of the main contributors to the Irish Times’ data-driven journalism initiative;

Dermot Casey, a director at Near Future and a Storyful pioneer;

First up was Cyril Moloney who helped to put these developments into context and also some steps the industry should take.

He was followed by Pamela Duncan from the Irish Times Data Division @irishtimesdata which launched a few weeks ago and has been producing some interesting infographics, visualisations and data driven stories.  She gave some fascinating insights into how this all works in the Irish times, the type of stories, the tools you use and some useful pointers on how the PR industry can help especially in terms of type data you look for.

The main tools used are Excel and also Datawrapper amongst a few other specialist tools but spreadsheets are the first thing she opens up every morning.

My takeaway from Pamela was that interpretative content like press releases and summary reports gives useful guidance but the raw data is where she her own unique angles from.  Gone are the day of surveys of 10 people and hiding certain things in reports if the full data set is issued.

Finally Dermot Casey from Near Future gave a good overview of what is happening internationally, how data driven reporting is driving change and how data compiling was handled and evolved in Storyful.

With about 70 people in attendance the response from the floor was slightly muted.  Jacqueline Hall enquired about the state or readiness and future training requirements.  Cyril Moloney felt the industry was around a 2 on scale of 1-5 while Pamela Duncan felt that even improving basic spreadsheet skills could help a lot and Dermot Casey has some ideas about a data driven journalism course.

Sinead Whooley questioned how new all this was.   Data has always been central but agreed that the tools gave new scale and importance.  She also tackled the elephant in the room about the reluctance for open sharing of data by some PR practitioners.  This reluctance is frequently due more to massaging figures and controling the message – a topic that arises a lot in the PR/Journalist relationship.

Although there were clear opportunities highlighted during the session there was a overall sense of pessimism about the future of PR but Padraig McKeon finished on a very positive note of the industry ‘lifting up its head’ and that the real future lies with those who control information.

PR’s has an natural affinity to this role but the potential to be left behind or overtaken by others who embrace the tools and technology is, in my opinion, very real.

However my gut feel is glass half full for an industry populated with some great minds.

Keith Bohanna from Near Future live streamed much of the session using Meerkat.