Social Media Crisis come in all shapes and sizes. #SocialCrisis 2

Social media crisis come in all shapes and forms. 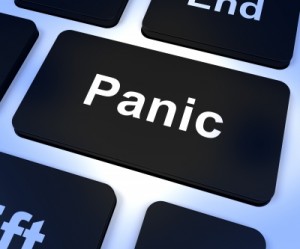 As social media crisis are still pretty new they come in all shapes and forms and many companies are only discovering them the hard way as the stumble through them.  Instances that would previously led to a few telephone complaints can now spiral out of control as trending topics on social media and end up in traditional media.

In this post I will look at the some of the higher profile Irish and International social media crisis and the catalysts that have dropped companies into hot water.  Most were avoidable and as expected human intervention has a heavy hand to play.

Some small instances can have a disproportionate impact when amplified on social media.  Crisis can originate here or social media can be the explosive channel that ignites its amplification.

Preparation is key to managing a social crisis and thinking through all the possible things that could go wrong is a time consuming but extremely worthwhile exercise.

In the next post I will look at some of the preparatory things that should happen in all organisations before any crisis hits.