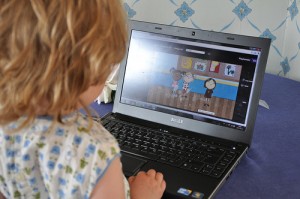 I have noticed for quite some time that trending topics have moved from news and social media events I was reasonably familiar with, to topics I had no idea about. In addition the topics seemed to relate to a much younger audience especially with pop stars and X factor type topics.

Around the same time I spoke to Eoin O’Suilleabhain in Bord Gais about the Jedward Bord Gais Twitter Takeover (video here).  It hit the trending topics and even resulted in a group of teenage girls finding the actual location they were tweeting from. They later did an equally successful Google+ hangout session  – all aimed at the teenage Jedward audience.

A few years ago the general wisdom on Twitter was that younger users found the lack of a centralised profile and a customisable page unattractive about the platform. Few people ever visit a profile page after they start to follow an account on Twitter. This seemed to have changed in line with the growth of celebrities on Twitter. 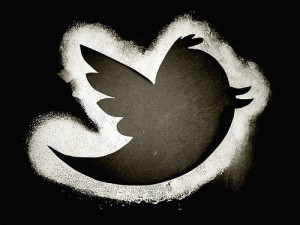 It was all brought home to me recently when a casual chat with my niece revealed that she had a twitter following of over 1,000 and tweets daily.  Her friends have equally sized followings.  Facebook and Twitter have now completely replaced her once expensive texting habit. One particular interesting factor was a swing of a couple of people unfollowing her friends when they stopped tweeting while on holidays indicating really sticky behaviour. My gut feel is that their connection to Twitter will not be incredibly loyal and they will follow wherever their friends gravitate to. However a Klout score of 41 is not bad for a 15 year old who is casually playing around with the platform.

One really odd factor in this shift in Twitter demographics is how college students seem be have been bypassed by Twitter. I have given a few talks in GMIT and DIT and in each I ask about their online habits and the resounding response seems to be Facebook and not a lot else. Blogs feature particularly low and Twitter outside of lurking does not seem to be an engrained activity.

I imagine the time is ripe for some really detailed research into the area but there are changes afoot.

Below are some answers to a fairly basic questionnaire. Responses as you can image are fairly brief.

-About a year and half ago or so Why did you start to use it?

Were your friends using it?

-Cant remember to be honest

-Maybe once a day or so.

Do you login via the twitter.com site?

-Yes I follow some celebritys (Bernard brogan ) not trending topics though

Do you view it as an extension of texting?

Do you lurk much – looking at other peoples profiles and updates instead of posting?

-I used to care about followers etc but im not really bothered about it anymore but when I did I just used to follow loads of randomers and they would all follow back!

How important is your profile photo?

What size networks do you have?

How long do you spend on Twitter? -Depends if im doing something or not sometimes 5 minutes sometimes 3 hours .It varies

Do you have any privacy concerns – that your updates are public?

-Not really, on facebook yes but I don’t really post anything bad or controversial on it so ive nothing to hide

How does your twitter use compare to your Facebook use? – size of network, volume of posting, hours spent. Etc?

-I would post a lot more on twitter than I would on facebook but I would use facebook a lot more I find its easier to use and because on twitter I follow 1,000 people there is always millions of tweets and I never read any of them but on facebook everyone im friends with on facebook I know so im more interested in what they post and I talk to way more people on facebook because more people use it and its way easier and more private to talk to people on that.

Did George Hook Cause the Twitter Numbers to Jump? May 7, 2009
How much time does social media take? May 1, 2009
Irish media influence on twitter growing November 18, 2009